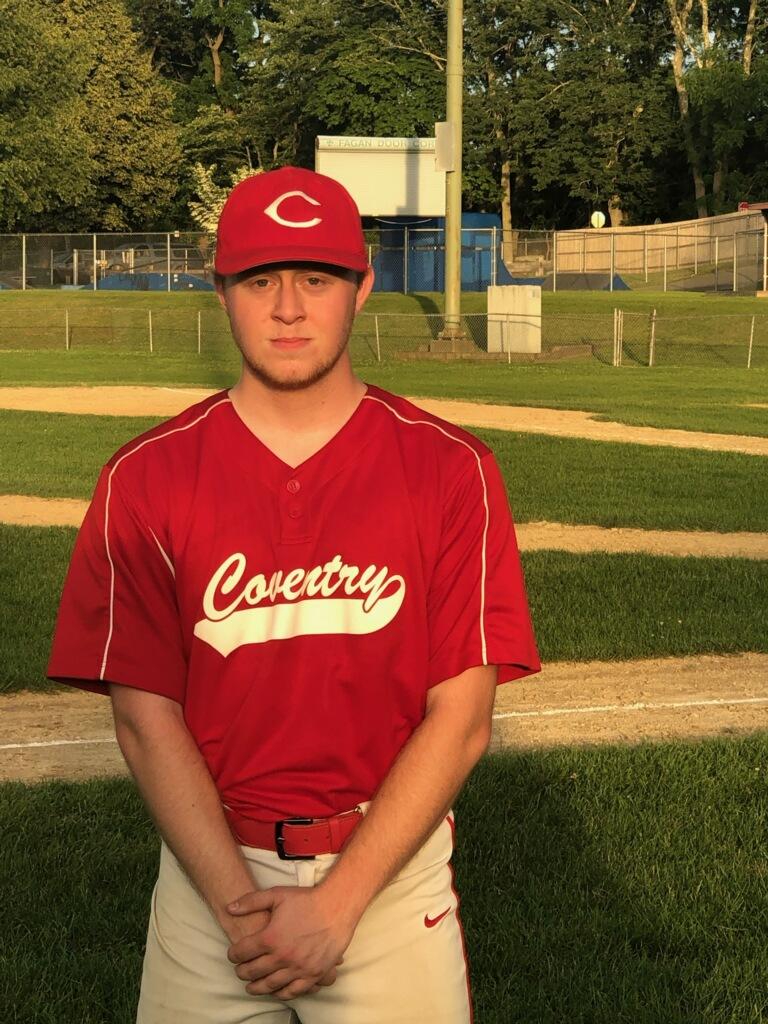 Led by the one-hit pitching of Jerry Pelitier, Coventry gave Flood Ford Auto their first loss of the season, 6-1.

Peltier, who pitched a complete game, struck out six batters and walked only two. 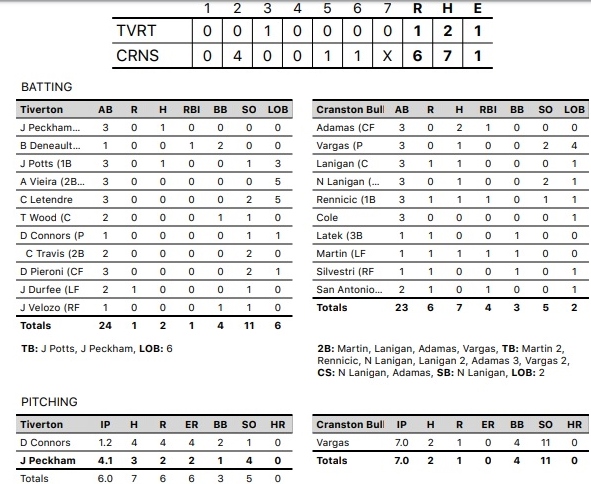 Led by the strong pitching of Randy Vargas, the Cranston Bulldogs beat Tiverton, 6-1. Vargas, who went the distance, struck out 11 batters and allowed just two hits. 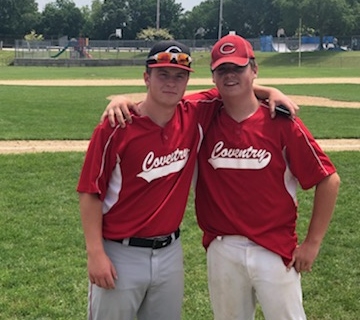 Down 3-2 in the bottom of the seventh inning, Coventry rallied with two outs to squeak by West Warwick, 4-3.

The win, which spoiled a one-hit effort by West Warwick’s Mason Provoyeur, moved Coventry to 2-5 on the year.

In six innings of work, Provoyeur, who allowed only one earned run, struck out thirteen batters and walked six.

West Warwick, who dropped to 3-2, opportunistically jumped out to a 3-0 lead after three innings with hits from Kyle Kortick and Provoyeur.

In the bottom of the sixth inning, Coventry cut the lead to one run when Jason Serapiglia (walk) moved to second and third on wild pitches and scored on an errant throw to third base.

In the bottom of the seventh inning, Ethan Aguilar (left in picture), who had struck out twice, tied the game with a mammoth double to left-center.

Offensively, West Warwick received multiple hits from Kyle Kortick (2/2, three stolen bases and one walk) and Mason Provoyeur (2/2, one walk and one rbi). Sam Corrado, also, added a single for the Black and Orange.

Picking up the victory was Jayden Voelker, who left a runner stranded at third base in the seventh inning, struck out four batters in one inning of work.

Loud and Gutelieus combine for 4-0 over Tiverton!